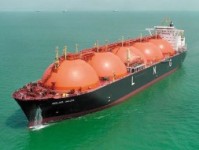 “President Obama has signaled support for more plants to export liquefied natural gas (sic.LNG), as a key new element of its national security policy.” This sounds sensible, but does it make economic sense for the country? It may fit his agenda of doubling exports, but what about his agenda for a manufacturing recovery for new jobs, based on the competitive advantage of domestic low cost natural gas energy?

Natural gas is cheap. Energy intensive industries in the U.S. like chemicals and materials production finally have a competitive advantage through the lower energy costs of domestic natural gas. Should we cashier this measurable re-birth of competitive manufacture for a dubious advantage in far flung national security?

The natural gas industry has waged a successful campaign against environmentalists to permit fracking technology to release abundant U.S. natural gas and oil reserves. The result is abundant and cheap domestic natural gas. We finally have a global competitive advantage for renewed manufacture. The only trouble is that the natural gas industry can make more money exporting liquefied natural gas than selling it domestically. According to the WSJ “In Europe, gas prices can be as much as three times higher than in the U.S., and in Asia gas prices can be as much as five times more costly, Even including the cost of liquefying the gas for transport overseas, US. Gas remains appealing.”

Industry lobbyists and friends in Congress are lobbying the Department of Energy for export licenses in the name of foreign relations. According to Sen. Richard Lugar (R, Ind. and now retired), “Opening trade in natural gas with our closest allies is clearly in the national security interest of the United States”. We can free our European allies from Russian gas dependence and weaken Iran’s export of natural gas to China and India. Everyone beyond our shores is clamoring for our cheap gas, which saves them money and reduces U.S. competitive advantage. Dow, Alcoa and their intensive energy users are fighting export licenses but without public coalition support. This is not a sexy issue for talk shows, but a thoughtful issue for a thoughtful public.

Export decision is vested in The Office of Oil and Gas Global Security and Supply of the Office of Natural Gas Regulatory Activities which regulates natural gas imports and exports under Section 3 of the Natural Gas Act of 1938.There was a reason for this law I the perilous times of the 1930s. The U.S. had to have the low cost energy resources for domestic manufacturing strength. Should we have allowed the natural gas industry to export our bounty to Nazi Germany and Imperial Japan?

We face the same challenge now. The gas industry will export to competitive nations and weaken what is left of our own manufacturing base. They have tied their pecuniary interest to the State Department and the entire foreign policy and homeland security apparatus. What is indeed a breakthrough of domestic economic growth advantage will be cashiered for a vague e national security advantage.

Are we so addicted to a “national security complex”, that we cannot see a “red line” towards national economic growth?