On Sunday, June 15, the New York Times ran a lengthy and dramatic article on “China’s Great Uprooting: Moving 250 Million into Cities”. There were 550 comments, 95 percent of which were negative, partly by animus, but largely by ignorance. 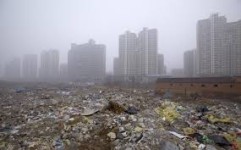 me sum up the article, so I can clarify misunderstandings and contribute to a better understanding of the role of urbanization in China’s economic growth strategy.

Some background facts: Urban China is currently 54% of its population, roughly 740 million people. The Chinese government plans to urbanize another 250 million by 2025, – bringing the urban population to 70 percent of total population. The World Bank[1] states the China’s urban areas in 2012 generated over 60 percent of the country’s GDP. McKinsey[2] estimates that China’s urban economy will generate over 90 percent of China’s GDP by 2025. Further, by 2020, 11 of the top 15 global cities with the highest GDP growth rate will be in China. Along with high urban GDP come higher per capita income and a greater numbers of middle class consuming households.

The NYT article argues that the reason for this urban growth target is to increase domestic consumption. With the declining rate of China’s export growth, China has to turn more aggressively to domestic consumption to keep its factories and distribution channels working to absorb 25 million young people who enter the work force each year. Cities are the engine of domestic consumption growth. Retail sales are increasing at an annual rate of 13%, versus 2 percent in the US.

Chinese local government is the responsible agent for urban development. Local government offers farmers and rural residents a lump sum payment for land property rights and free new modern high rise housing for relocated families. The article states, “Many are giddy at their new lives – they receive the apartments free, plus tens of thousands of dollars for their land.”[3]

There are many protests against the offered price. The price is contentiously negotiated, along with other compensatory benefits, and local officials eventually reach a settlement with residents. The result is a cluster of new high rises, and a great spread of empty land to be developed for a variety of economic uses. It is precisely here that the NYT article and most of the bloggers commentators lose sight of the reason for this relocation.

The article speaks of dense settlements and festering unemployment in these towers, warning China of the criminal hazards and mayhem of dense housing towers, which I infer is an implicit reference the blighted low income urban renewal towers of Chicago and other U.S. cities in the 1970s and 80s. Other bloggers deride ghost town towers with no occupants; or the ecological loss of rural landscape. It all seems so pointless or malicious to uproot small farmers from their ancient rural village cultures and throw them willy-nilly into blackboard jungles, and at such a horrendous cost to the government.

Permit me to clear up certain misunderstandings. There are three major strategies driving urbanization policy n China. The first reason is that China needs a new pool of low wage workers to be competitive in the export market, which has been the principal source of China’s economic growth for the past three decades. East coast labor wages have risen 20 percent over the past five years and export factories in the Eastern provinces can longer compete for low value export with Vietnam, Cambodia, Bangladesh and other Asia regions.

The vast rural population of Central, Southwest, and Western China offers a new source of low cost labor for these factories, both domestic and foreign owned. The factories are moving to these redevelopment areas and the farmers and rural residents in their high rises will work in these factories at a higher wage than they earned as farmers, though lower than East Coast labor wages.

These workers will also live close to their homes, and not have to suffer the painful family separation of earlier generations of Chinese workers who populated the Eastern cities. The relocation areas are new industrial zones to maintain Chinese production for export, as well as for domestic consumption. For a country that that has 25 million young people entering the work force each year, the survival of these factories is of great consequence.

The second strategic reason for relocation is to aggregate land scale for modern industrial agriculture. One acre private plots, however nostalgic, are simply not enough to feed a huge nation, nor efficient for food safety. China must reduce its high level of food import and mechanized and managed scale agriculture is the only way to do this. The U.S. has done this effectively for the past 60 years, until today when only 3 percent of the U.S. labor force works in the most productive agricultural sector in the world. The dust bowl and great depression, along with the inventive programs of the U.S. Department of Agriculture accomplished what the Chinese are doing today without a Dust bowl and Great Depression.

Finally, these new urbanized districts will attract commercial investment, which along with factories will create new cities and the dynamics of city market economies to build a consuming class. This is the single point the NYT article makes. Many of the relocated farmers are starting small enterprises with their “tens of thousands of dollars”. More investment will follow and consumption will eventually grow in these new cities as they enter the trade flow of China.

Naturally, there will be problems. But this amazing urban phenomenon needs a more thoughtful treatment by the Western press. There is real strategy behind this grand migration and you have to give credit to a country that can get its hands around a problem, and do something to solve it. As for some older Chinese people who say “Up in the mountains we worked all the time. We had pigs and chickens. Here we just sit around and people play mahjong,” Welcome to retirement!