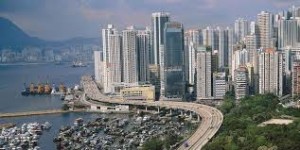 The center of middle class consumption and life style is shifting from West to East, principally to China and India. This is driven by urbanization and global market economics. The West has been the primary home of urban middle class life for over a hundred years. This has shaped their Western identity and confidence, and is inculcated in national self-consciousness. Hence, Westerners are confounded by their economic distress and decline. They are unaware that the middle class has moved elsewhere, to the more populous developing and emerging markets of the East, and will move at a faster speed in the next two decades.

How can these other “other” people, without Western political, moral, economic and social institutions accomplish this? This question squiggles in the Western mind and dissolves into a denial that there is a larger middle class elsewhere and vain hope of economic recovery and middle class hegemony.

The purpose of this essay is to open Western eyes to the reality of the vast urban middle class in the East, and other parts of the so-called developing world. The very terms “developing” and “emerging” blind Westerners to this new economic reality. There is a larger urbanized urban middle class outside of the West than inside the West. Nations may be “developing”, but many urban centers in “developing” nations are as economically developed as those in the West. There is nothing like a particular example of this fact trend to break through prejudices and ignorant policies and lead to a better future. I have chosen to illustrate this trend in a comparative view of two great cities, one new and one old: Shenzhen, China and Chicago, Illinois.

This realization of urban middle class growth and its vast consuming power in the East may lead to more sensible political relations between the West and East; but it definitely drives Western business expansion and investment eastward. Hopefully a clearer sighted West can offset this imbalance by attracting Easter business and investment westward.

China did not have market economy until 1980, when the PRC established special economic zones in Shenzhen, Zhuhai and Shantou in Guangdong Province and Xiamen in Fujian Province and designated the entire province of Hainan as a special economic zone. Special policies were applied to these zones to enable the establishment of private business, grant special development privileges for the business expansion of State Owned Enterprises, and finally, incentive policies to attract foreign investment. State banks issues loans and various credit instruments. Manufacture, commerce and property development grew rapidly. Hundreds of thousands of countryside people came to these cities for employment and enterprise.

At the time of its designation as an SEZ, Shenzhen was a small fishing village of 30,000 people encompassing no more than 3 km2 of dilapidated buildings, lacking even a traffic light, upon which a new landscape of urban and economic development could be built. Shenzhen was the most “special” of the four SEZs, with the greatest freedom to explore economic policy innovations. Additional zones of the city were added to bring the population of Shenzhen to 351,871 in 1982.

Chicago was a boom town between 1871 and 1900 during which decades its population grew 586 times from 289,977 in 1870 to 1,698,575 in 1900. Following the great Chicago fire in 1871 the city was rapidly rebuilt. Immigrants poured in and manufacture flourished. There are similarities between Chicago’s 19th century three decade boom period and Shenzhen’s three decade s of boom a century later. There are also differences. After the Chicago fire and from Shenzhen’s original fishing village, both cities grew rapidly from almost nothing. Both became manufacturing centers for domestic and external trade. Both were principally immigrant cities. By 1900 70% of Chicago’ population was foreign born. About the same proportion of Shenzhen’s population are born outside of Guangdong Province.

According to the 2010 Brookings index of GDP, The GDP of the Chicago Metropolitan Area was US$ 524.6 billion, while the Shenzhen GDP was US$362.4 billion. However, an adjustment must be considered, since the Chicago’s SMA area includes neighboring Joliet, Elgin, Naperville and additional jurisdictions. The total Chicago SMA has a 2010 population of 9.8 million. It includes roughly 4.6 million more people than the Cook County population.

There are major companies in Chicago’s SMA, beyond Cook County. For example, Napervile is headquarters of Nicor, a major U.S. Natural Gas distribution company employing 4,000 works with annual revenues in excess of US% 5 billion; as well as Alcatel Lucent with 3,600 employees. Joliet has 1,500 Caterpillar workers, as well as 1,100 workers at Harrah’s, a major U.S. apparel company. Dupage county, within the SMA, is headquarters of McDonalds, Navistar, Argonne Laboratories, Ace Hardware and other large companies, and is in itself one of the wealthiest counties in Illinois. Is we subtract the GDP contribution of companies and institutions of Chicago SMA counties, beyond Cook county, we can surmise that the Cook County’s GDP is roughly equal to Shenzhen. Thus, the GDP economic output of familiar Chicago and its urban communities in Cook Country may be equivalent to the GDP of Shenzhen.

Shenzhen has reached a GDP roughly equal to Chicago in 30 years; while is has taken Chicago, which was incorporated in 1837, 173 years to reach this economic level. Chicago’s rate of GDP growth in 2010 was -0.4 percent, while Shenzhen growth was 10 percent. Looking forward, with highly disparate rates of population and economic growth, it may take several Chicago’s (Cook Counties) to fit into Shenzhen by the end of the decade. Most likely Shenzhen’s GDP will equal or exceed the GDP of the Chicago SMA by the decade’s end.

The point of this tale of two cities is fourfold. First, these numbers belie the observations of Americans or Europeans who visit the major cities of China. They are awed by the economic vitality that they see, though few understand what they see. They travel with their prejudices. If they come from Chicago they are flabbergasted and mystified by what they see in Shenzhen, or Shanghai, Beijing, Xiamen and other major Chinese cities, always comparing what they see to their beliefs about their home cities. They think of the economic power and problems of their home cities, and do not have a clue to how a Communist country can look so towering and bustling. They think that everything they see is a false or fragile illusion, – a Potempkin village! This cannot be real and it will collapse! Their intellectual premise is that what they see cannot be real without political democracy. In short, while looking at economics, they are thinking politics.

Conversely, when the Shenzhen visitors come to Chicago or other major U.S. cities, they are cheered to buy luxury items at a lower cost than in China; and delighted by the diversity, low density single homes and free mode of life that Americans have. They like the freedom they see, but fail to see the weak economic fundamentals of what they delight in seeing. They see the open politics, which they do not have, and do not see the weakness of the economy. They think politics and not economics. The purpose of this tale of two cities is to open both American eyes to the economic realities of China and the West.

The second purpose is to open Western eyes to the economic dynamism of BRIC countries and their emerging and developing market cohorts in Asia, Africa, the Middle East and Latin America. The Middle Class in on the move all over the world, and is moving at a faster pace in the Developing and Emerging global sector than in the Developed sector.

Our final purpose is to review the current doldrums of Western economies to see if we might learn a few things from the growing economies of the developing and emerging economy world; as well as invent new adaptations to re-invigorate Western market economies.

The story of Shenzhen and Chicago can be extended to 150 global urban centers that collectively comprise 46 percent of current global GDP, and compete among each other for growth and share. They comprise only 12 percent of the global population. The trend of global urbanization in all market economies, whatever their variety, continues on the march.

China will reach a 60 percent urban population by 2020. India and other developing and emerging countries are on the same path of swift urban growth. Western urban centers are also growing in their ratio to total country population, but to a much slower degree. For example, Chicago’s population growth in 2011 was .05 percent and that was cheered as a major recovery, after earlier decades of decline.

According to McKinsey’s 2011 Urban World: Mapping the Economic Power of Cities (March 2011, by Richard Dobbs, Sven Smit, Jaana Remes, James Manyika, Charles Roxburgh, Alejandra Restrepo) 1.5 billion people lived in 600 cities in 2007 and comprised 22 percent of total global population. They contributed $30 trillion – more than half of global 2007 GDP. 485 million people produced an average per capita GDP of $20,000. The top10 cities generated $21 trillion, which was 38 percent of the global total.

The McKinsey Report estimates that by 2025, 2.0 billion people will live in these 600 cities, which will contribute $64 trillion to global GDP, or 60% of a total 2025 global GDP of $109 trillion. 735 million people living in these urban centers will have an average per capita GDP of $32,000. 235 million people in the developing urban centers of this urban market economy will have income above $20,000 per annum. There will be 1 billion new consumers by 2025.
We can know, if we abandon our prejudices and preconceptions, where Shenzhen and Chicago are in today’s global economy. The situation and outlook for Shenzhen is positive. But Chicago is shrinking in comparative economic power. What about tomorrow? It has two options. It will take enormous political taxing and spending constraint and entrepreneurial innovation for Chicago to keep up with the rest of the growing middle class world; or it can fudge it decline by expanding the scope of its SMA territory to mask its failure.